Hillarious moments at Airtel as a customer ‘fumes’, demanding to speak to customer care rep’ Caro

Customer care representatives in charge of Airtel Facebook page are facing it tough with a customer by the name Muturi Mwangi in the company of other male customers, most probably from the Infamous Mafisi Sacco, who are demanding to speak to Caro.

The spark started on 31st when Caro, the customer care representative posted on the page asking the subscribers their top priority during end month. Without hesitation and being one of the first to comment, Mwangi said, “Kutafuta Caro, I need her.”

After a two-day search, Mwangi emerged with a photo (below) claiming that he had found the well-endowed Caro, to which Jamo replied, “continue with the search, not quite there.”

Disgusted by Jamo’s replies, Mwangi decided to give Airtel his ‘irreducable minimums’. “Airtel I’m giving you this last option to redeem yourselves. And I’m asking this, why are you changing the agreement midway, 31st Oct you asked what one shall do with his Salary…I said that “Kutafta Caro. I need her” Caro herself replied and not Jamo as you’re trying to do. In short, I’ve done with the process of finding her. Why are you denying me the chance of talking to her. I think I’m now going to give some ‘irreducible minimums’ in order to keep on participating as your customer; Caro to reply. Period. #NoCaroNoAirtel,” said agitated Mwangi.

Mwangi, to the amazement of other subscribers enjoying the chat, has thus declared any comment by Jamo null and void, demanding that he withdraws his previous replies.

“I want Caro to reply and not you Jamo. Consider your comment above there Null and void and therefore I advise you to withdraw it and allow the right party to comment as per instruction,” demanded Mwangi.

Another subscriber, Nelson Mutinda, vowed to resist any effort by Jamo to hide Caro, He said, “We demand that Jamo withdraws all his statements above, apologize and allow the first respondent to reply. This is a matter of national importance and any attempts to evade it will not be tolerated. We realize that Jamo’s indulgence to respond to this petition is stage managed to hoodwink the petitioner to drop his quest, accept and move on. We resist.”

The chat is still getting sweeter as guys on the loose demand to talk to Caro, and probably take her out this Friday. 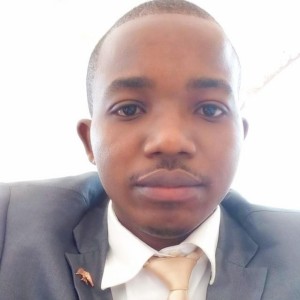